All for Joomla All for Webmasters
Health Lifestyle News

2018 Nigeria Demographic and Health Survey (NDHS) Data Report has revealed that Nigeria is one of the five countries in the world with the highest number of under – five deaths.

During a Media Dialogue on the NDHS, SDGs, Data and Solution Journalism held at Bayview Hotel, Port Harcourt, Maureen Zubie-Okolo, UNICEF Monitoring and Evaluation Specialist intimated journalists that the infant Mortality rate was 67 deaths per 1000 live births for the 5-year period preceding the survey while under under-5 Mortality was 132 deaths per 1000 live births. This implies that more than 1 in 8 Children in Nigeria die before their 5th birthday.

Similarly, there has been a slight reduction in infant Mortality from 75 to 67 deaths per 1000 live births. However, there has been no noticeable change in the neonatal Mortality (Probability of dying in the first month of life) rate over the same period.

Research has revealed that Children are at an elevated risk of dying if the birth interval is too short like less than 24 months after the previous birth; If the Mother is too young (Under 18) or too old (age 40 or older) and if the mother has a high birth order of 4 children and above.

Childhood Mortality is also generally higher among children of less educated mothers and those from poorer households.

Speaking to Dr Nnamdi Akubueze working at the Department of maternal and child health, Federal Medical Centre, Owo, Ondo state, Nigeria; He opined that under 5 Mortality rate reflects the dedication of any government and its people to quality health care services for both the mother and the child.

Dr Nnamdi reiterated that a healthy mother gives birth to a healthy baby and neonatal death which contributes to more than one third of under 5 Mortality rate stems from problems and complications of pregnancy and delivery.

Further speaking, He said there has been a global decline in Under 5 Mortality rate with Nigeria not left out in the downward trend according to estimates of United Nations Intelligence group. And even though there was a downward trend which could be accounted for mostly increase in Immunization, it is still significantly high as it implies that 1 out of every 8 children in Nigeria will die before they attain 5 years of age.

However, this value may not be a true representation and may actually be higher as most Children born in maternities, homes and traditional birth attendants may not be included in the data collated. If they are all included, we will find out that the under 5 Mortality rate will also increase.

Dr Akubueze stated that the common causes of increased under 5 Mortality rate according to WHO studies are mostly poor socioeconomic status, mothers with no form of formal education,  poor access to quality health care services, few health facilities as well as the apathy of the government via strong political will to change the status quo, have been recognized as remote causes of this scourge.

The way forward is to start by addressing the remote causes, hence Maternal education is the key because if you educate a mother, you educate a nation and an educated mother will know when the child needs attention for health care and also seek health services.

Others are availability of unhindered access to quality antenatal care, ensuring that basic health centers are in every communities, functional with personnels trained in recogznizant with the integrated management of Childhood illnesses approach and integrated community child management project.

Also having pliable access roads linking the rural areas to the health facilities should be ensured to enhance transportation so sick children can get care without delays from bad roads.

Health insurance schemes should not only incorporate the Civil Servants but should also incorporate the average farmers and artisans in the villages even if it can only cover for basic maternal and child health care.

Dr Akubueze suggested that for all these to be achieved, there should be linkages and partnerships between a dedicated government towards significant change and its sustainability. Communities should also partner with the government, to ensure that the progress achieved is sustained.

He concluded by saying that support from relevant international organizations and agencies can not be over emphasized. Only when these are achieved can we boost of being on the path to achieving sustainable development goal 3 which strive to ensure healthy lives and promote well-being for all, at all ages. In the absence of these, achieving the goal will remain a mirage 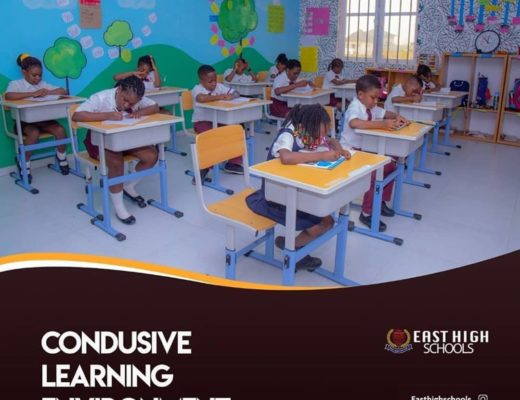 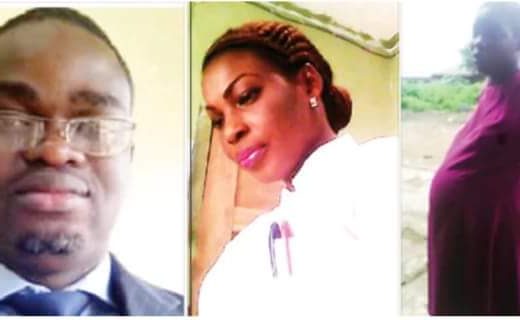 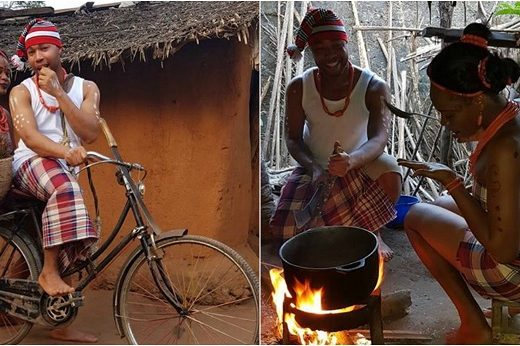 Pre-wedding Photos: Lovely Couple Go Back To Their Roots For Their Shoot