Independent National Electoral Commission, INEC, has announced the postponement of the General Elections and set up a new date.

The election was slated to hold today, February 16th but INEC in its announcement fixed the new date on 23rd February, 2019.

Making the announcement, INEC chairman, Professor Mahmood Yakubu, told newsmen at the commission’s headquarters, that continuing with the election as earlier scheduled for today, 16th February, 2019, was no longer feasible.

“Following a careful review of the implementation of its logistics and operational plan, and the determination to conduct free, fair, and credible elections, the commission came to the conclusion that proceeding with the elections as scheduled is no longer feasible, therefore, has been moved to February 23rd.”

He also said that the governorship and state assembly elections have also been moved by one week to March 9, 2019.

“consequently, the Commission has decided to reschedule the Presidential and National Assembly Elections to Saturday, 23rd February 2019.

Furthermore, the Governorship, State House of Assembly and Federal Capital Territory (FCT) Area Council Elections is rescheduled to Saturday 9th March 2019. This will afford the Commission the opportunity to address identified challenges in order to maintain the quality of our elections.

“This was a difficult decision for the Commission to take, but necessary for the successful delivery of the elections and the consolidation of our democracy.

“The Commission will meet key stakeholders to update them on this development at 2pm on Saturday, 16th February 2019 at the Abuja international Conference Centre”, he added.” 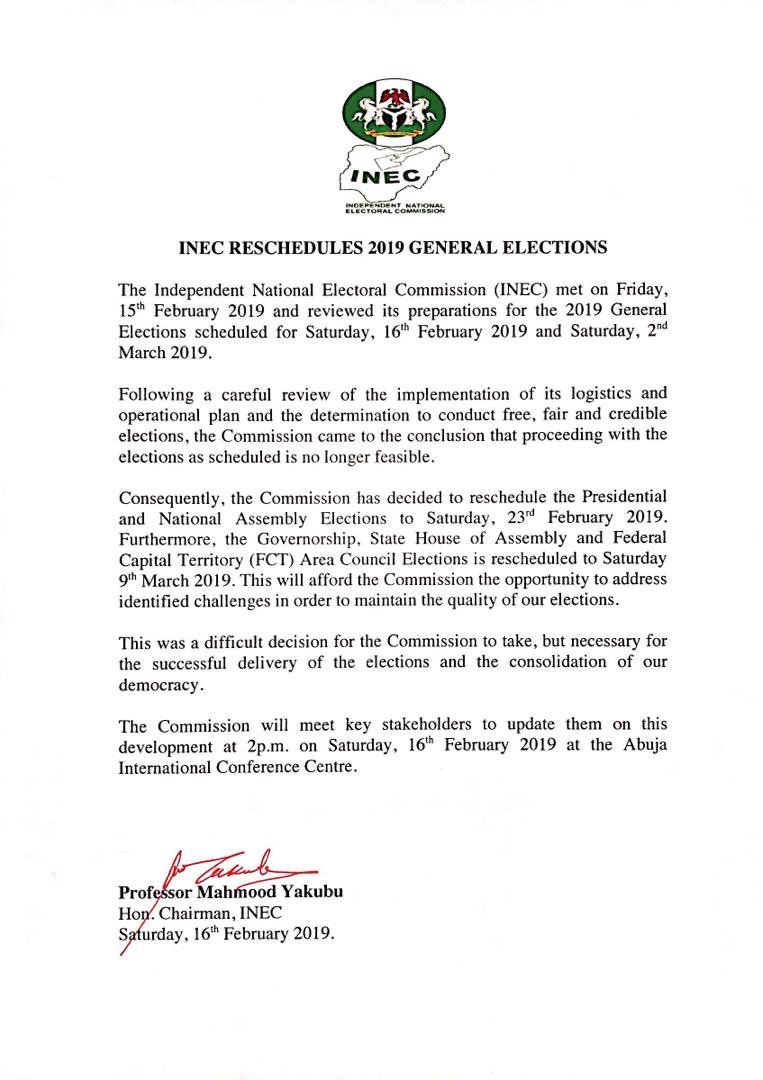