Alhassan, known widely as Mama Taraba, was appointed in 2015 by President Buhari. In a September 29 letter to the president, Ms Alhassan decried her disqualification from contesting for the All Progressives Congress’ governorship ticket in Taraba State, saying the action constituted a grave injustice against her since she paid to purchase the form and had been a loyal member of the party since 2014.

She told the president she decided to resign from the cabinet because the APC has effectively disqualified her from being a minister if the party does not find her fit to be a governorship candidate.

See her resignation letter below…

See her resignation letter from APC 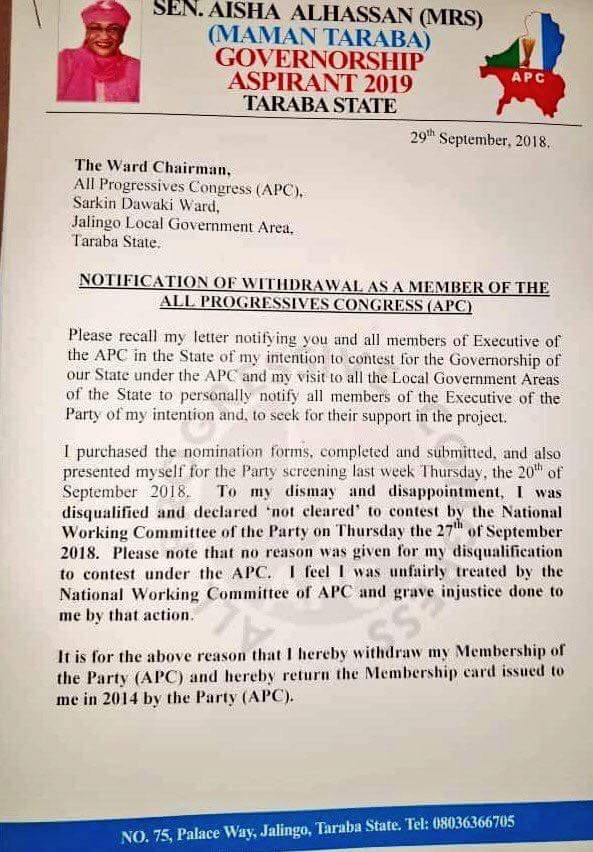 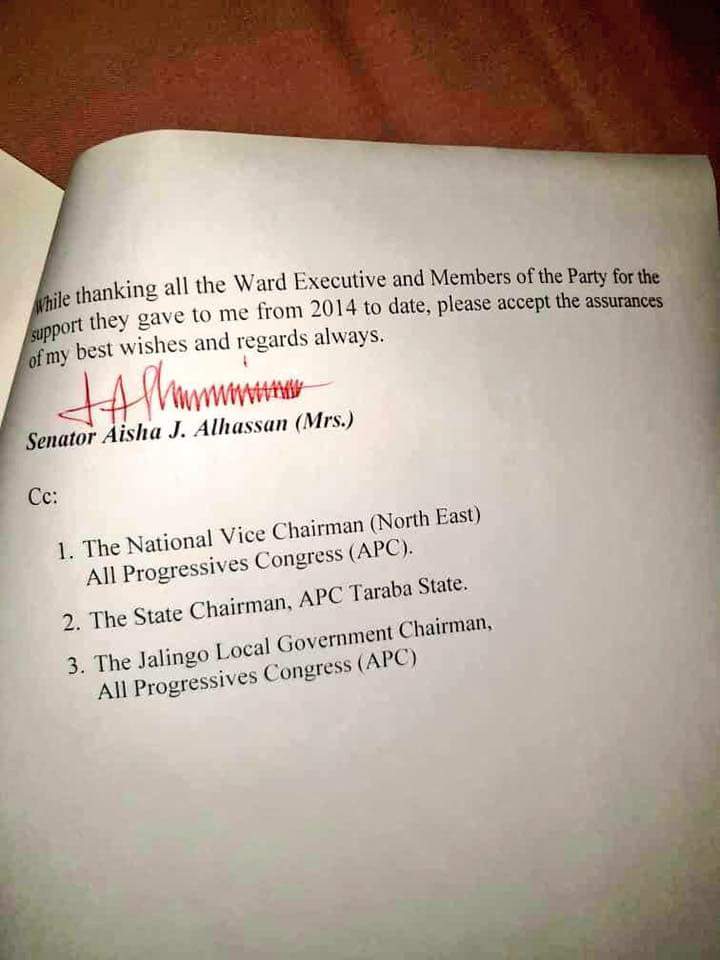 ‘Once I stop having sex with my son, our wealth will disappear’ – Mother who sleeps with son confesses