Anthony Joshua has retained his heavyweight titles as he knocks out Russian fighter Alexander Povetkin.

The Nigerian-born British boxer started on a slow pace as he got caught with a hook on the nose by the challenger in the first round.

But AJ came back in the the third, inflicting a cut across the left-eye of the 39-year-old then picked up in the fourth and fifth.

Povetkin seemed tired in the sixth as he manages to throw his dangerous upper-cuts but Joshua remained calm with a couple of long range jabs. 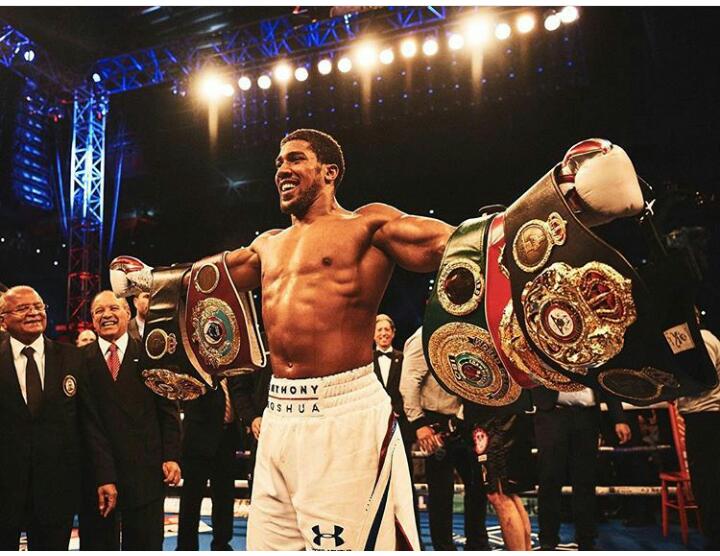 And in the seventh round, the champion came out for the kill and knocked Povetkin to the canvas to finish off a brilliant display.

Now, the Ogun state born fighter will be looking ahead for the much anticipated fight with the WBC heavyweight champion Deontay Wilder.

The American is set to take on Tyson Fury in Las Vegas on December, 1, and the winner will be looking to unify the heavyweight division and become the undisputed champion.

Nigerian Lady Photoshops Her Late Husband Into Family Pictures To Celebrate His 40th Birthday, Pays Tribute To Him (Photos)