In obedience to the ecclesiastical order as issued by the Catholic Bishop Conference of Nigeria in their last meeting, the Archbishop, Bishops, Knights and laity of the Catholic community in Imo today Tuesday 5th June, 2018 filled out on the streets of Owerri, the Imo State capital in their thousands protesting against bad governance in the State, corruption, insecurity in the country especially the unprovoked killing of christians in the northern part of the country by the terrorists herdsmen.

The catholic faithfuls were led in the protest by his grace, the Catholic Archbishop of Owerri ecclesiastical province, Most Reverend AJV Obinna, with a Holy Mass which was celebrated by him where he prayed for God’s intervention. 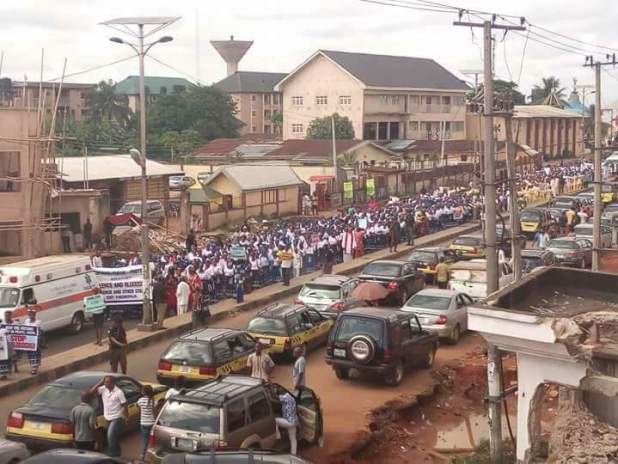 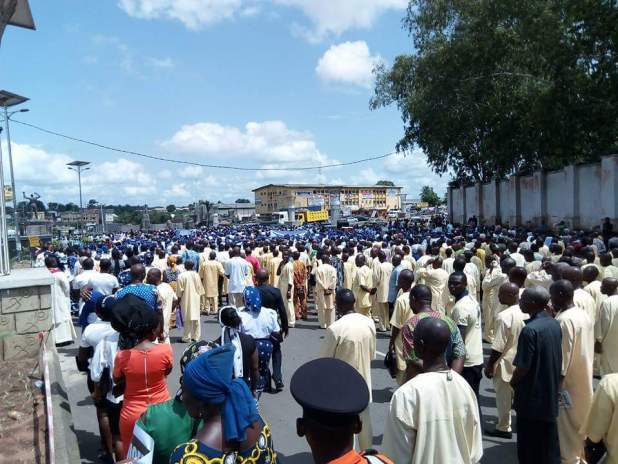 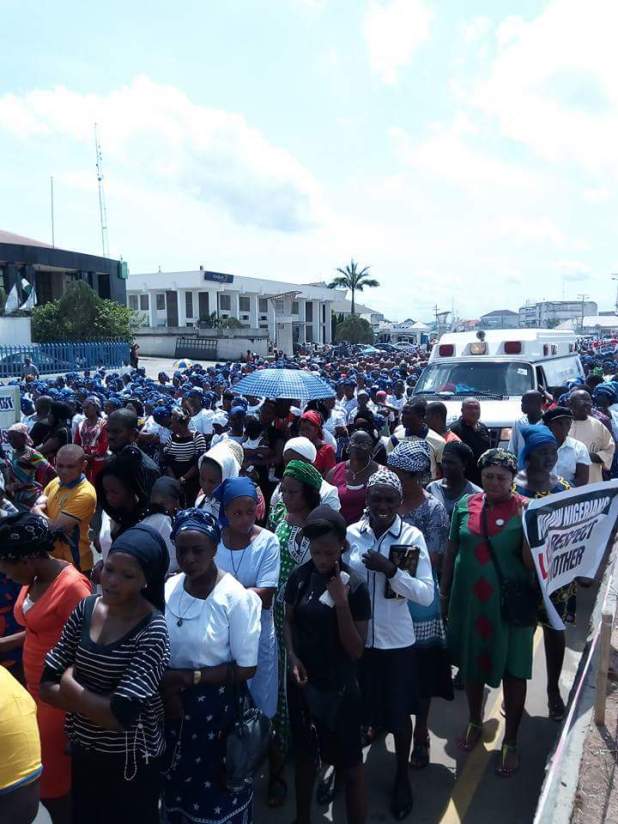