Jeff Uzor on Rochas Okorocha’s Imo and the future

The happenings in Imo state have continued to motivate discourse from Ndi Imo and other well-meaning Nigerians. Who will blame them, the governor Rochas Okorocha led Imo state government has been very busy garnering fame albeit negatively at the expense of Ndi imo, their happiness and even their future; leaving them to rue their chances. Jeff Uzor, a gubernatorial hopeful is one among the many Imo people who are growing increasingly tired of the kind of treatment that’s being meted out on the Imo people. Like many, he just can’t seem to fathom how anImo man, Okorocha, elected with such hope and fanfare can turn out to govern none but himself, leaving the Imo people with only his wrath and omnisciently flawed posturing.

Jeff Uzor, a 43-year-old astute Imo indigene and international business man of Mbaitoliorigin was quite mortified when he was asked about the plight of the Imo people under Governor Rochas Okorocha and his handling of workers and pensioners’ welfare. “It is unbelievable really that our government, Okorocha’s government can’t pay workers on time. Retirees go through hell to get their benefits and the ones that survive the torture and long wait, got paid recently with dud cheques”. You may want to think enemies of Rochas are making some of these things up but the truth is, the people of Imo have been made to face worse treatment than this.

Although, the salary issue is the reality of the entire Nigerian state, the Imo situation is particularly mind boggling. This is because, while other state governments may hide their incompetence using the economic downturn, Rochas has demonstrated that the economy is not the problem, at least, that’s what Imo people translate his hoisting of multi-million Naira statues of questionable African leaders to mean. No one will believe that you don’t have money when you are hosting expensive charades.

Perhaps, the biggest insult to the collective sensibilities of the Imo masses is the empty and annoying talk by agents of the government in Imo that the statues have the potential to attract tourism to the state. If this is not preposterous, then I wonder what is? And Jeff agrees.“That whole statue thing is ill conceived. Agents of the administration argued that it will draw tourism. I can tell you right now that their reason is total baloney. There are several factors that drive tourism and erecting statues is not one of them. The money wasted in erecting those things would have been used to build low cost housing units for our teachers, our policemen and members of the civil service”. Jeff should know, he has been working for the American government for the past 10 years and, you don’t remain in the employ of such a serious government for that long without learning how things really work.

The most interesting thing about the Rochas Okorocha’s government is that, it is insensitive to the plight of the ordinary Imo masses. Take the Keke (Tricycle) ban by the Imo state government for instance, and you will understand why people like Jeff Uzor will be spitting fire and brimstone against the government. …“an impact assessment was not done. A lot of people in Owerri metropolis depend on keke to get around and for employment. Therefore, before any government decides to halt their operation, there should be a replacement in place. You don’t ban keke operation and replace it with something worse” was Jeff’s response to a question inquiring whether he will sanction such an ill-advised plan if he was the governor.

Perhaps, one of the most contentious issues that Owelle Okorocha’s government will be remembered for, is the Ekeukwu market relocation. It was a shambolic showing to say the least and, no one beyond Rochas himself can really explain the logic, the planning and the execution of that shoddy job. Jeff had this to say on the matter….

“Ekeukwu market relocation will go down as one of the worst things the Rochas administration did. I say this because the new site is of very poor infrastructure and design. It’s even more sad if you think about the fact that Rochas grew up in Jos and knows the Jos main market, the largest indoor market in west Africa. Am not suggesting he builds something of that size but, build something that’s modern, that deals with the challenges of Ekeukwu and enhances customer/trader experience. Also, the logistics of the move was very poor. If I were Rochas, I will consult with the people of Owerri about the relocation and if they agree that it be moved, I will build a modern market that will have all the things that Ekeukwu lacked – accessibility, low cost, sanitation etc. Nobody would have lost a life in the relocation process if it was done right. But, because sometimes things go wrong, if for any reason lives were lost in the manner akin to what happened that claimed even the life of a little boy, we would have passed a law in Imo making it illegal for the police, military or any organized force to confront unarmed protesters with live fire”.

Besides all this issues of poor judgement and rigidity on the part of the government, basic institutions are also not working and one wonders exactly what Rochas is doing as governor. In Imo, they tell you that there’s free education. But nobody is fooled, not definitely not Jeff Uzor.  According to him “That’s another joke of the administration. Take a look at the schools and you will understand that it is a sham”. The hospitals are also nothing to write home about. “Recently, we had a gas explosion in Imo and many lives were lost. One of the victims, had his arm blown off and because of how unserious the leadership in Imo is that abandoned our health infrastructure, there was no ambulance to get victims to the hospital. I watched a video of people trying to force the manwhose am was blown off into a keke with all that trauma – pathetic! Visit our hospitals, I bet you will shake your head in disbelief”. Issues like this make you wonder how Rochas sleeps at night and how he gets the courage to spend money on frivolities; the kind that include the establishment of a new ministry of happiness and peoples’ fulfilment!

If Rochas continues in this vainglorious manner, then the people of Imo are in for a rough two years before 2019 because, looking at his body language, you will see a man who seems to believe he is smarter than everyone as there’s nothing more dangerous than that for a politician? It will appear patience is the biggest shade that the people of Imo must hide under and their voters card must be their swords for the war of repositioning that they must wage with their votes come 2019. Only by doing this will their power to paint colourful images of the future they desire be fully utilised. Jeff Uzor is one very credible candidate that the Imo people will do well to keep in mind should he decide to run for the governor’s office in 2019. 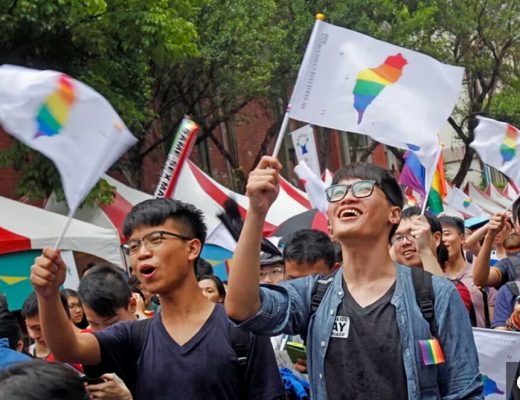 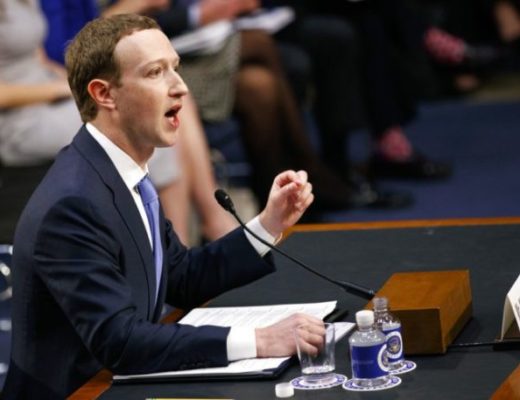 EXPOSED: Three brothers who specialize in making ‘spiritual’ soaps for business owners and prostitutes in order to attract customers narrate’ how they operate